To say Reed loves dinosaurs would be an understatement.  The child is OBSESSED!  His bedroom is decorated in dinosaurs.  He was a dinosaur for Halloween…twice.  It was only natural that he would request a dinosaur themed party.  We sat down together and scoured Pinterest.  Since Reed fancies himself an amateur paleontologist, we decided on a Dino Dig Birthday Party! 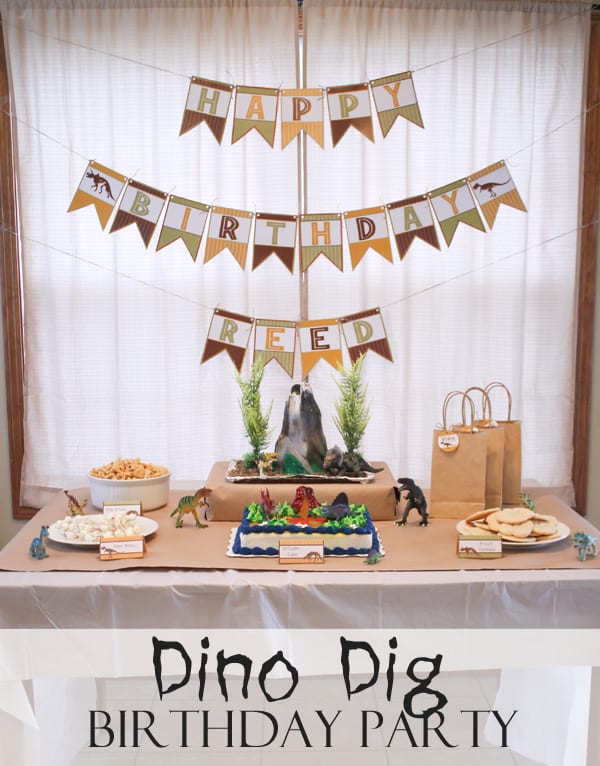 My sister designed these adorable birthday invitations!  {I blocked out our address and phone number.  That’s why it looks kinda weird.} 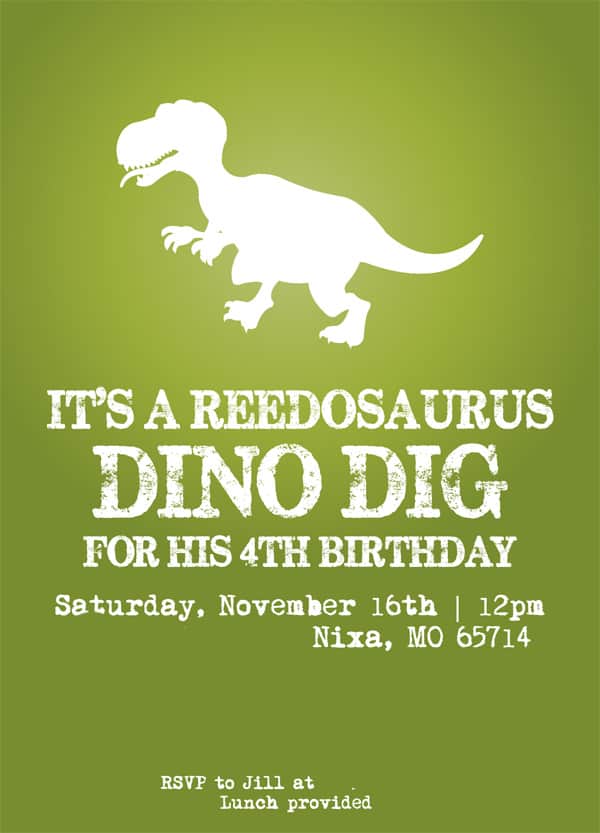 Since this was a Dino Dig Birthday Party, naturally, we dug for dinosaurs! 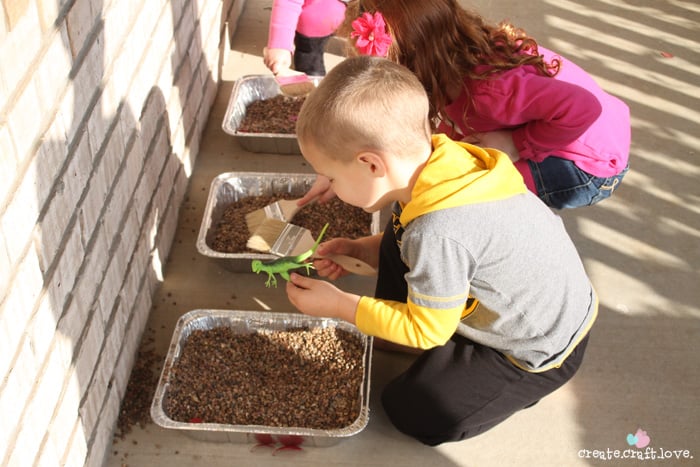 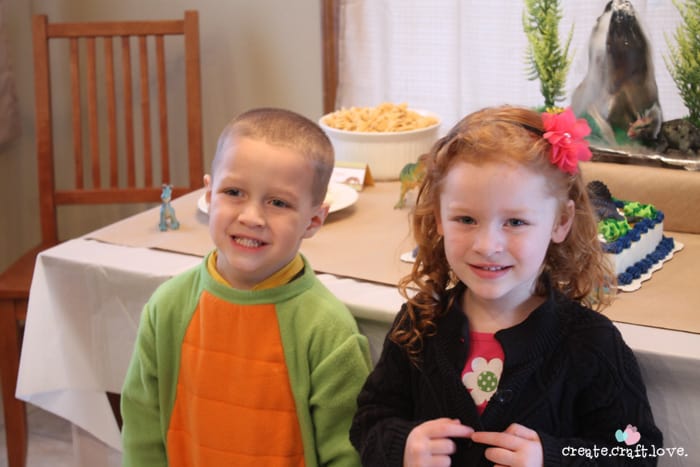 It’s pretty hard to find sand in the middle of November, so I settled for some aquarium gravel.  I simply poured the gravel into small disposable turkey trays and buried the dinosaurs.  The kids used the paintbrushes to reveal their dinosaur fossil finds!

Kyle cooked up some Brachiosaurus burgers for the adults, while I prepared Dinosaur chicken nuggets for the kids.  We had a dinosaur treats table, complete with Fossil Cookies, Dino Bones, Dino Claws and Volcano Cake! 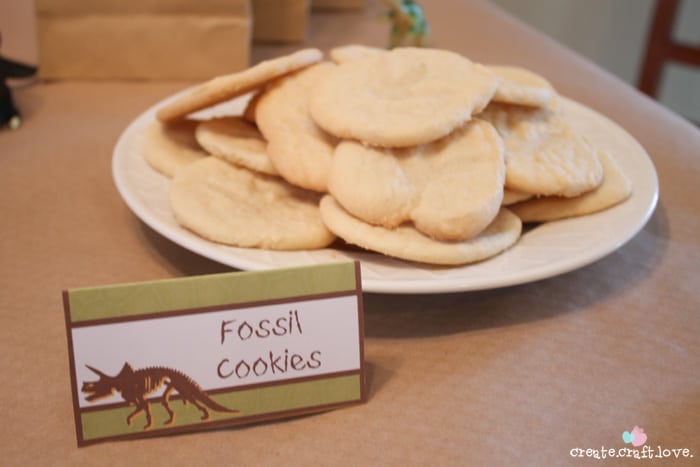 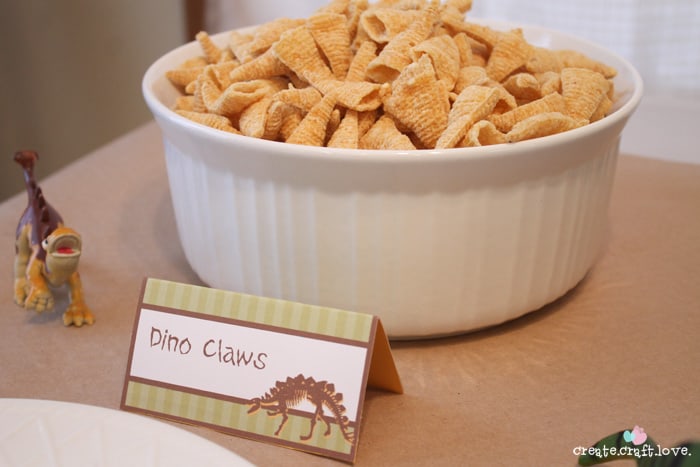 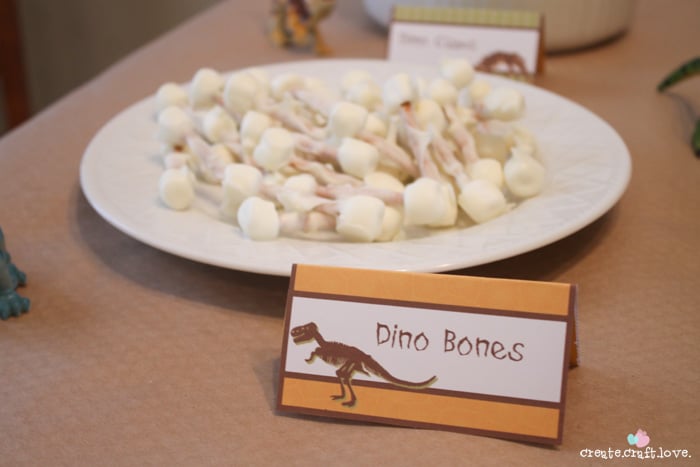 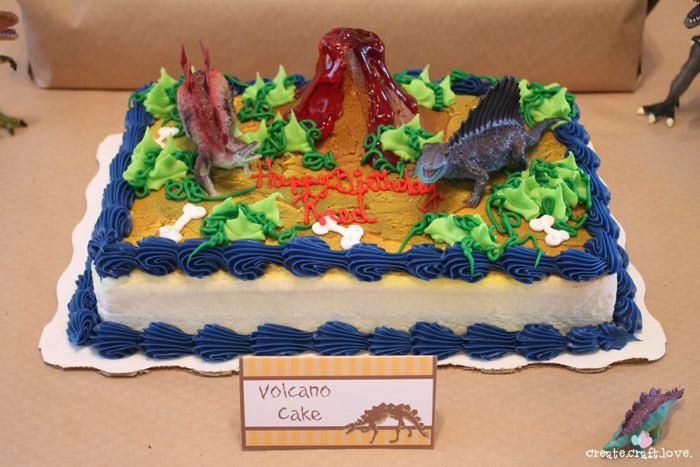 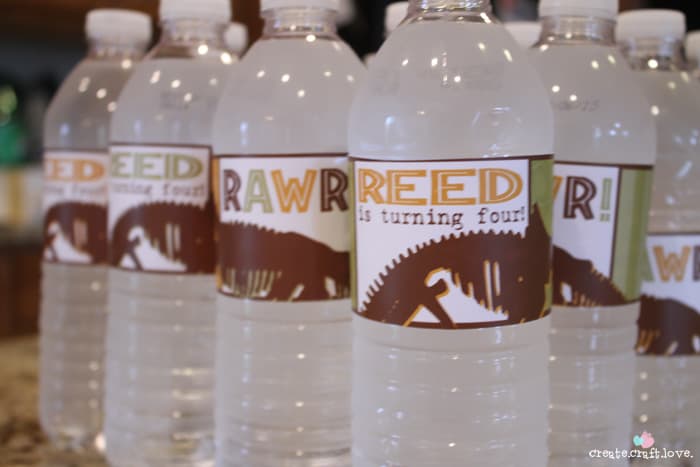 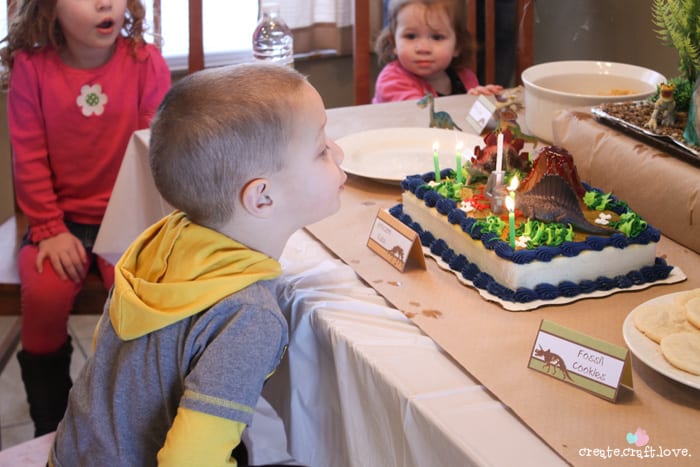 I also decorated our mantel since it’s one big great room. 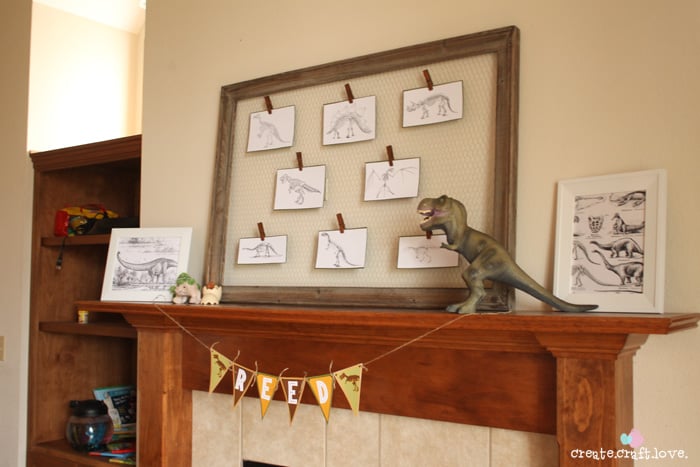 The chicken wire frame was perfect for displaying pictures of fun dinosaur fossils.  I also printed up some vintage dinosaur sketches for the picture frames.  The small banner was part of my printables package. 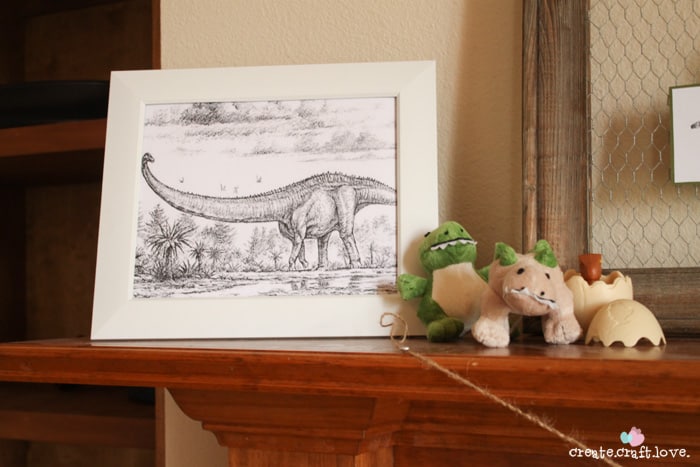 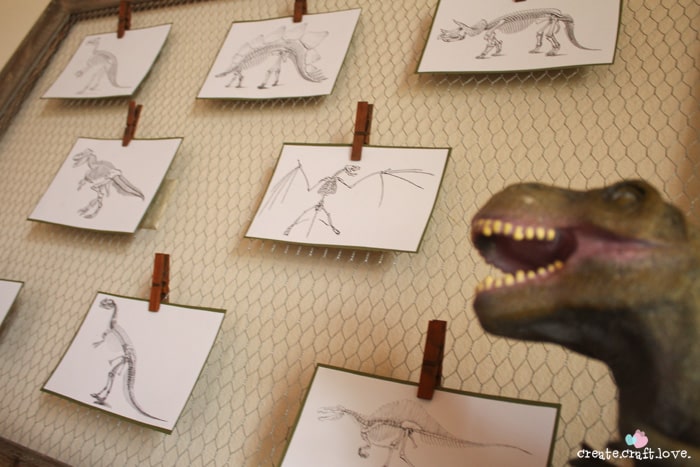 I filled our favor bags with all sorts of dinosaur goodies!  Toy dinosaurs, dinosaur masks and dinosaur paddle ball! 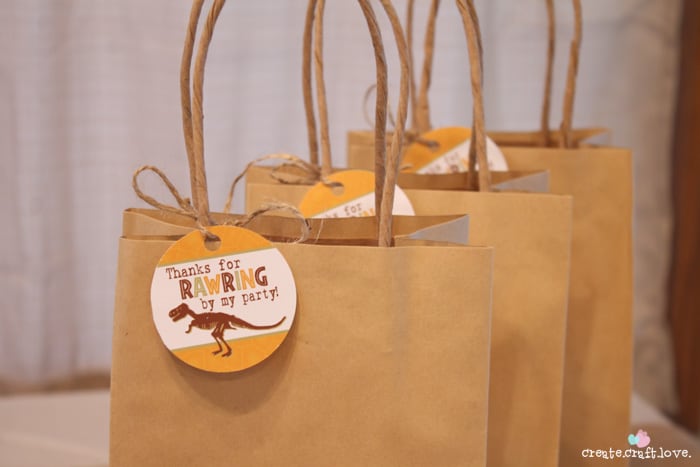 The pièce de résistance was the live, working volcano that my husband created!  Kyle sculpted this little beauty out of Crayola clay around a Powerade bottle.  After it dried, he painted it to resemble a real volcano and sprayed snow in a can on the top.  Throughout the party, he kept adding dry ice to make it “smolder”.  It was preparing for its eruption!  To create the lava, simply add vinegar, baking soda and food coloring! 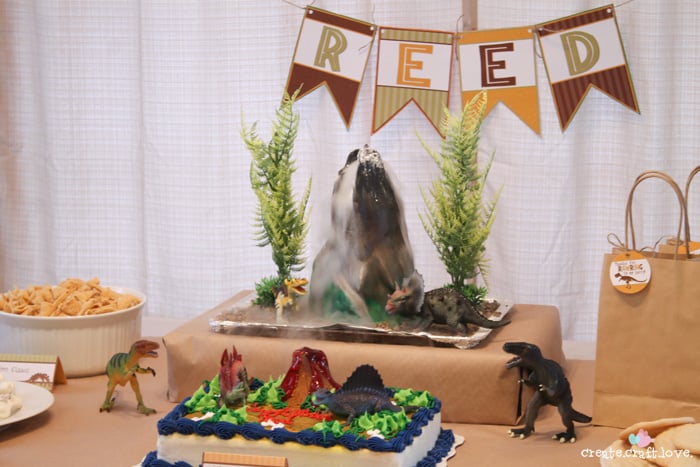 The kids were so excited to finish the cake so he would make it erupt!  We love science in this family and this was the coolest part of the Dino Dig Birthday Party! 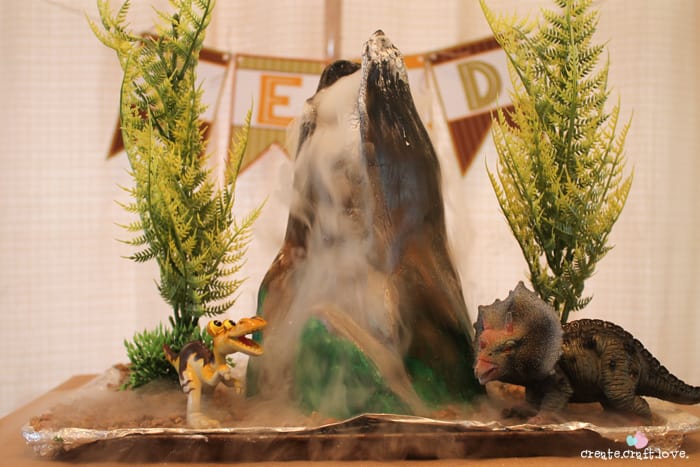 Check out the video below to watch the volcano erupt!

Reed had a great birthday party!

It’s amazing how fast they grow!  Slow down, buddy!  Mama wants to keep you small for a little longer!  Love you!! 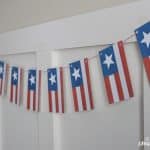 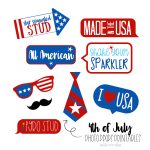