Mardi Gras is just around the corner!  Did you know that St. Louis hosts the second largest Mardi Gras celebration in the country?  It’s true!  We throw an awesome party here in the STL.  For those of you who are not familiar with the celebration, Mardi Gras is French for “Fat Tuesday”.  It’s the Tuesday before Ash Wednesday and the beginning of the Lenten season.  It’s the last day to “indulge” before tackling those Lenten promises.  To commemorate the occasion, I whipped up this 5 Minute Mardi Gras Tinsel Wreath! 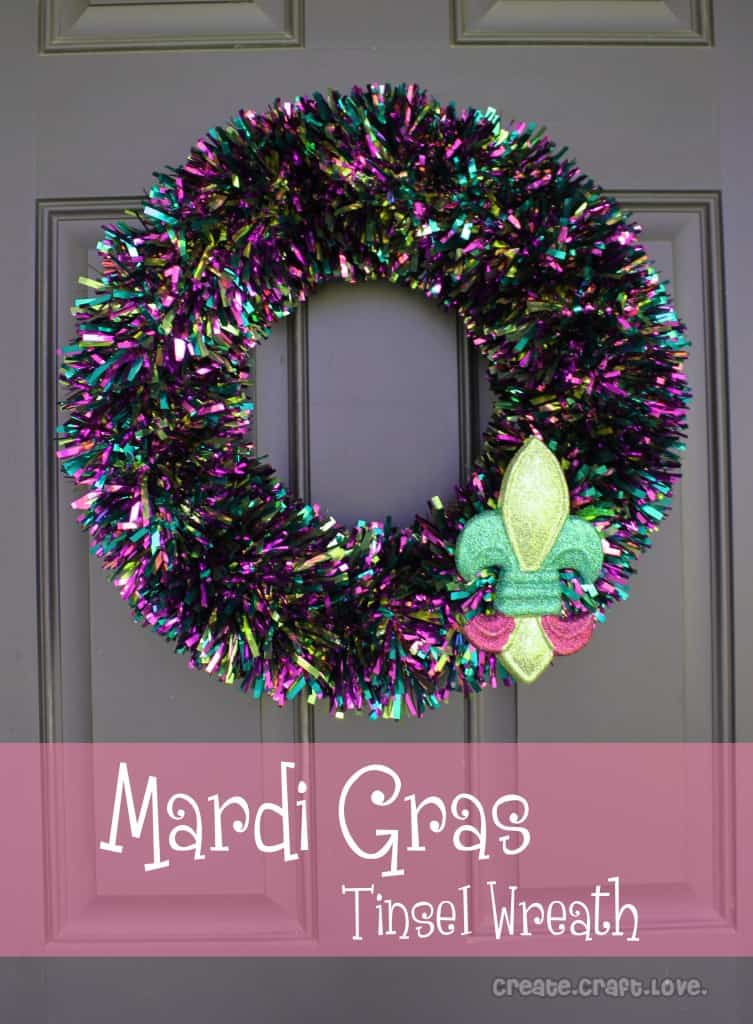 Here’s what you need:

This wreath is so easy to make, I didn’t want to insult your intelligence with photos.  Start by applying hot glue to the wreath and attached one end of the garland.  Simply wrap the garland around the wreath and glue the end to secure.  Add the fleur de lis ornament to finish it off!  You can totally do this with one tinsel garland.  I chose to use two to make it extra fluffy! 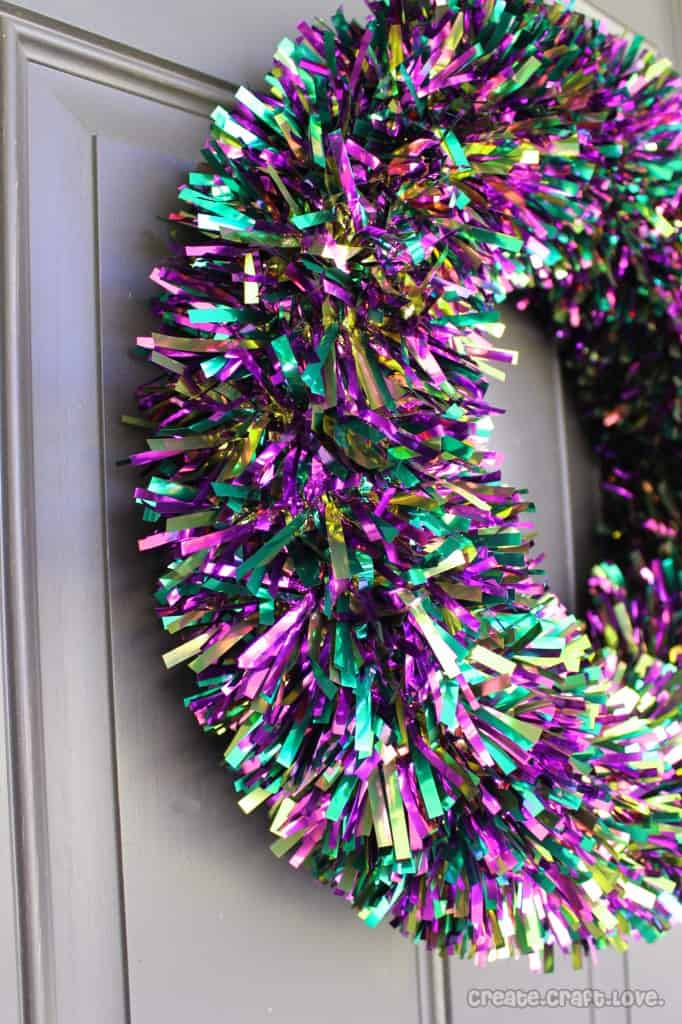 The colors were chosen by the king of the carnival back in the mid 1800s.  The purple symbolizes justice.  The green is for faith.  And the gold is for power.

And what’s up with the Fleur de Lis?

The fleur de lis is an iconic symbol of the French and French settlers.  Since New Orleans and St. Louis were settled by the French, the lily has become a trademark. 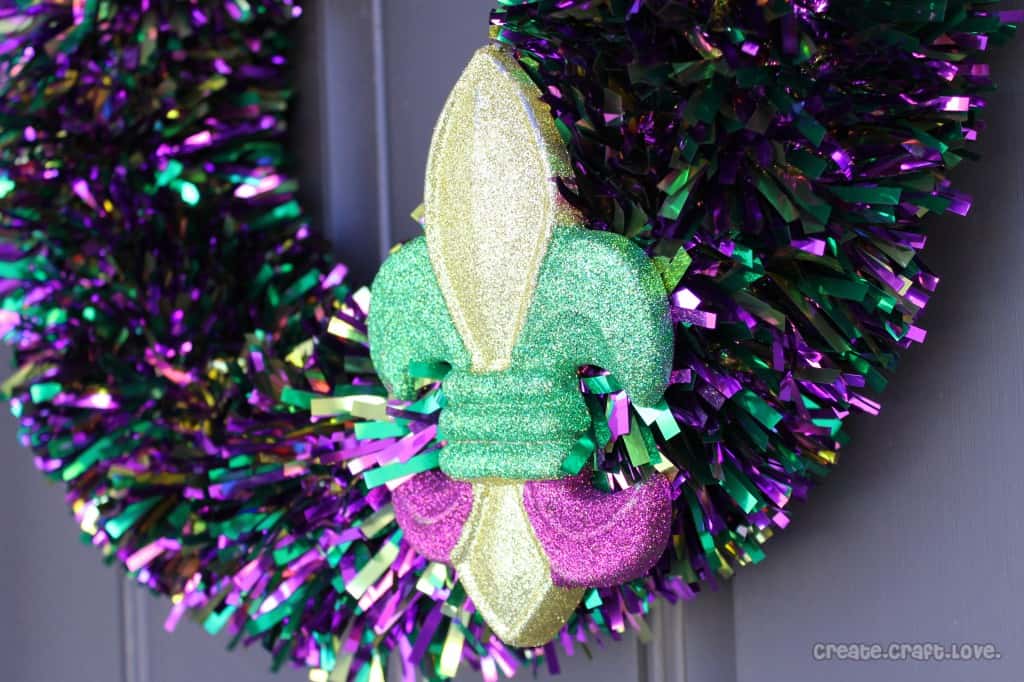 I never celebrated Mardi Gras before moving to St. Louis, but it’s one of my favorite times of the year!  Of course, my old butt can’t hang like I used to but it’s still fun to indulge every now and again!  {wink wink} 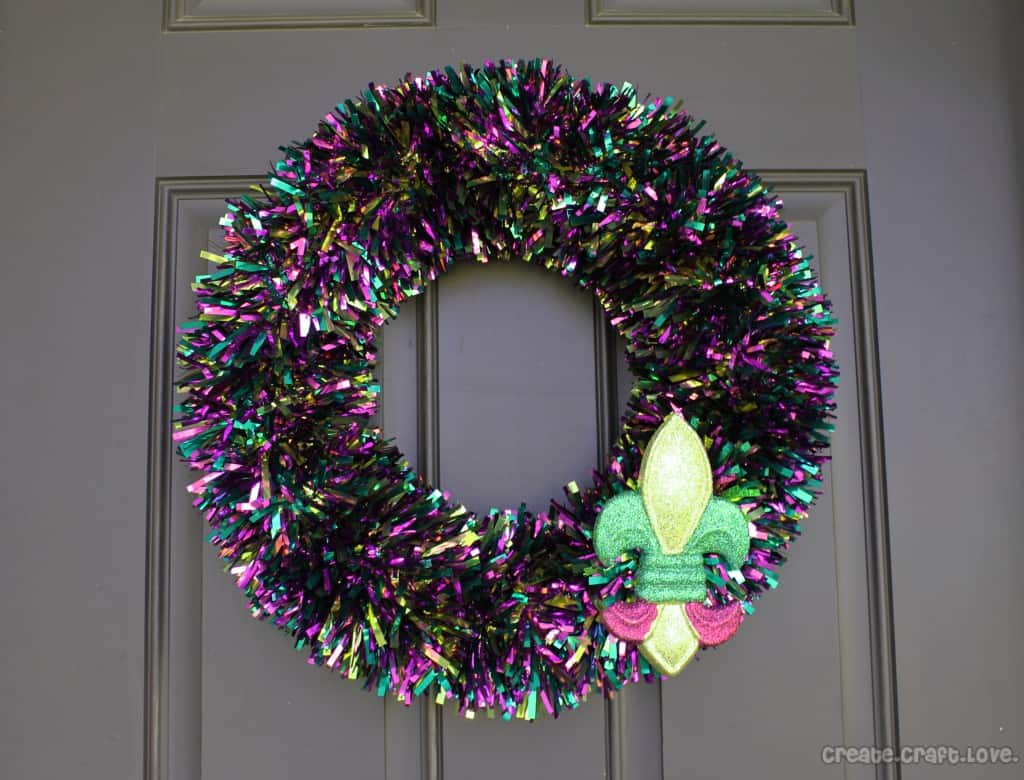 Do you celebrate Mardi Gras?  Have you ever been to New Orleans for Mardi Gras?